With more than 1000 uses there are many ways Emerkit can be used in industrial and automotive applications. Sometimes welding may not be possible or impractical and Emerkit can be used to complete the repair. It can be used to fix leaks, make dies or patterns and can be sanded, drilled and tapped. It is not as strong as steel, but can still provide a permanent repair.

NO LEAKS, not even a little drip

Incredible!…My van had a metal radiator pipe that rusted completely through water flooding everywhere, there was a reasonable sized hole in it.
Sanded down the surrounding area inside and outside the pipe, mixed up the EMERKIT and plugged the hole, smoothing EMERKIT and left for 24 hrs. Refilled the coolant system, started her up, took her for a drive and ….NO LEAKS, not even a little drip! Next leak I find…now where’s my EMERKIT?

I have drilled and tapped threads into Emerkit repairs

My second passion in life is collecting, restoring and showing old farm stationary engines. Surprisingly I have found many uses for Emerkit in this metal based hobby such as: filling cracks and holes in castings, repairing frost damage in hoppers where it is difficult to weld.
I am not saying that it is as hard or as tough as steel and cast, but on several occasions I have drilled and tapped threads into Emerkit repairs.
I have recently finished repairing a magneto base from a 1920 American united engine. The magneto was held onto the engine from below by two bolts. Where the bolts were screwed into the white metal base, the base was stripped and pieces broken out. 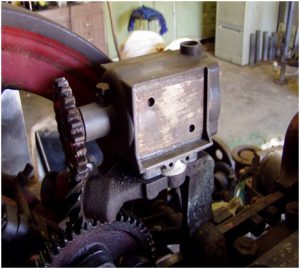 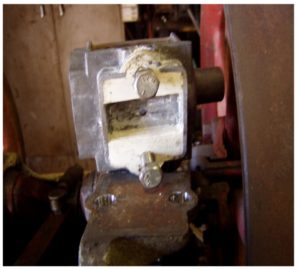 After cutting out areas of redundant white metal, I prepared two nuts by shaping them like pyramids, and placed them large side down where the other threads would have been.
I had prepared two small circular dams for outside the nuts and two straight ones to contain the Emerkit from entering the centre of the base. Emerkit was mixed and placed into the spaces. The repair was left for twenty four hours and then excess height was filed off. An excellent result and the magneto is now back in service. The second photo shows the magneto base bolted to the engine in a trial fit. 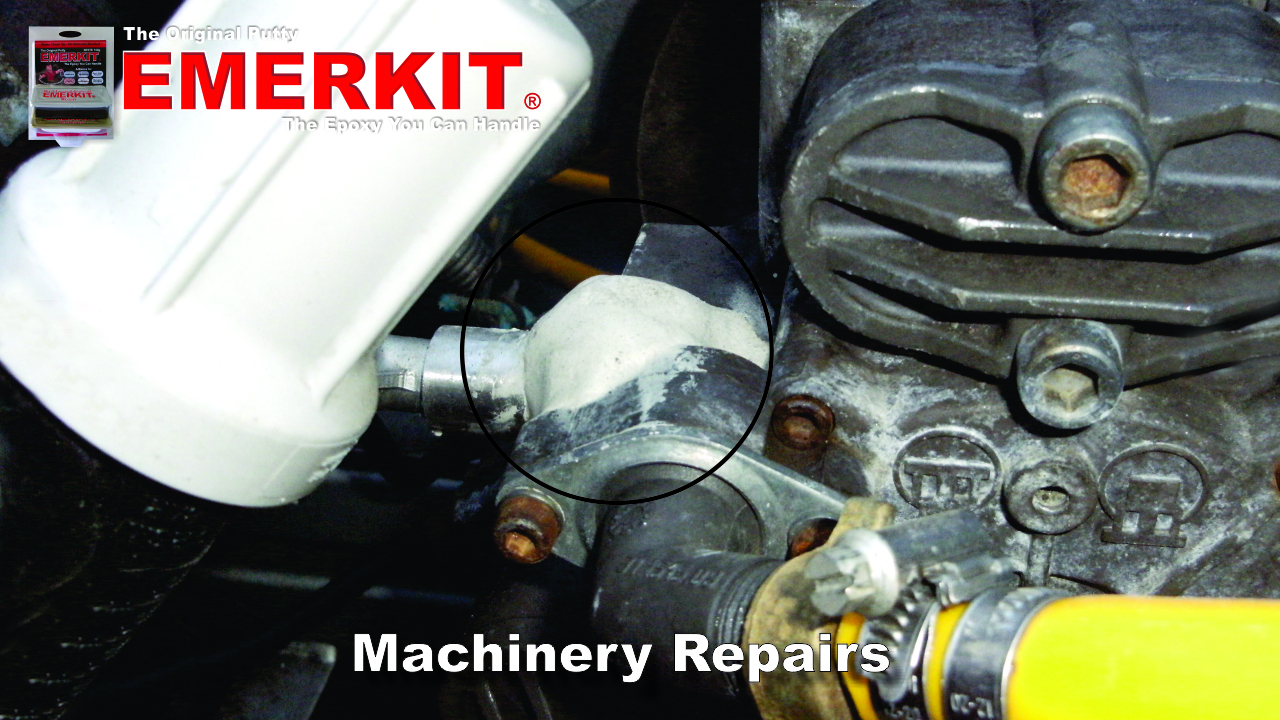 No other similar product on the market

Years ago as a pattern maker I used the putty however for most of my working career I was in sales /marketing and management of a large Sydney based foundry /engineering company that also used the product after I introduced it to the factory and pattern shop staff.

It is now some 35 years since I first used it when 1 purchased several sticks at a local hardware store for a trial in the pattern shop for special repairs of tooling etc. It was enthusiastically accepted and several days later on request I returned to the shop and purchased their total stock which was a few sticks only. For reasons unknown they did not obtain further stock.

Not being aware it was only sold through pool shops and with no manufactures detail on the packaging some 15 years passed before I located any additional supply which was during a business trip to New Zealand. At the time a small hardware shop in Fielding and I again purchased the stores stock for use in the factory for various repairs to patterns /dies etc. A change in the company’s structure negated further requirements of the putty.

It has a thousand uses but the only people that seem to know about it are in the pool industry.
I once used it to repair an aluminium sump on a Jaguar car and the repair stood for a number of years and saved me many hundreds of dollars.

To my knowledge there is no other similar product on the market that will water cleanup and is as easy to use for certain repair tasks relative to poly resin type fillers. There are epoxy putties available however they are difficult to use as compared to your product .